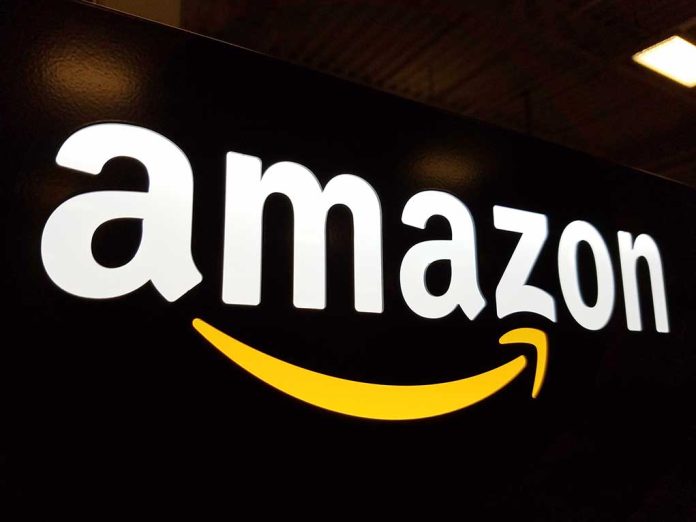 (ReliableNews.org) – Two days after Christmas, Rick Jacobs was working at a Colorado Springs, Colorado, Amazon warehouse when he suffered a heart attack. The 61-year-old died shortly before shift change, and reports have indicated his death wasn’t the result of his job. His colleagues are accusing the company of showing no sympathy in the wake of his death — and others have made even worse claims.

Allegations are flying about the way the company addressed the death. According to reports, management at the warehouse created a makeshift barrier with cardboard boxes and bins to cordon off the area. When employees arrived for the morning shift, the company allegedly did not tell them what happened. Instead, they went on working as usual when the deceased man lay in the outbound shipping dock, where he passed away.

An employee spoke to The Guardian about the incident and said they found out what happened after walking through the area. The unnamed worker accused Amazon’s warehouse management team of showing a “blatant disregard of human emotions at this facility.” They went on to say they were “very uncomfortable” when they discovered Jacobs had died and slammed the company for not allowing the employees who were impacted to take the day off. The worker said, “No one should have been told to work alongside a dead body, particularly after witnessing it.”

The unnamed employee went on to say the company didn’t even bring in an on-site counselor. Instead, a flier was put out in the days after telling workers how to get help for their mental health.

An Amazon worker collapsed and died on the warehouse floor. Managers put cardboard bins around his body and continued with business as usual. They didn't even tell workers who arrived for a new shift that their colleague was lying dead on the floor.https://t.co/jSYdM5dNsh

Amazon has denied the allegations about setting up a barrier with boxes and bins. A spokesperson for the company claimed HIPPA laws prevented Amazon from informing workers what happened. They also disputed that people were forced to work alongside Jacobs’ remains.