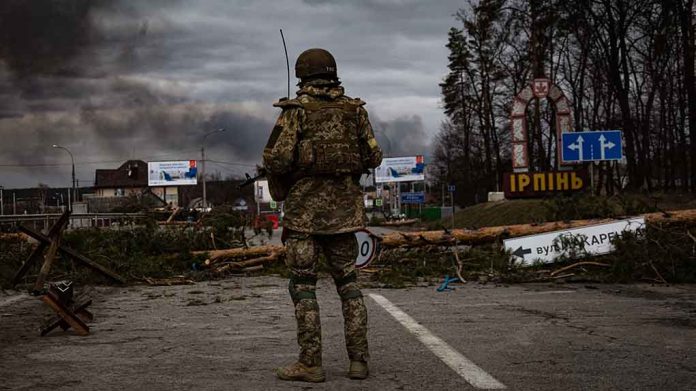 (ReliableNews.org) – The world has rallied around Ukraine in the wake of the invasion by Russia. America and its allies have sent billions of dollars worth of aid to the country. The support doesn’t mean the nation is beyond reproach, though, as Amnesty International is making very clear.

In a press release on August 4, the human rights organization accused Ukraine of endangering civilians. According to the statement, the country has set up bases in “residential areas including schools and hospitals.” Additionally, Amnesty International claimed the military has launched attacks from the areas. The decisions have turned civilian infrastructure into war targets and endangered innocent people.

Amnesty International’s Secretary General Agnès Callamard made it clear that “being in a defensive position” doesn’t mean the Ukrainian military can ignore “international humanitarian law.” He went on to say the country has a documented pattern of endangering its citizens.

The organization didn’t let Russia’s alleged international crimes go unaddressed. The statement said that just because Ukraine is endangering residents, its enemy doesn’t get a pass. In fact, Amnesty International claimed Russian President Vladimir Putin’s military has “committed war crimes,” including in areas where there were no opposition troops stationed.

What do you think about the report? Should Ukraine be investigated for war crimes too?