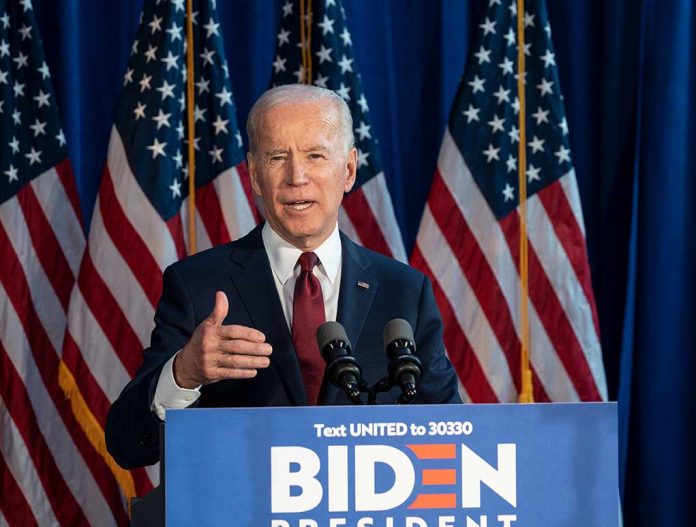 (ReliableNews.org) – In March, the price of a barrel of crude oil was $120, and gasoline prices for regular were an average of $4.25 per gallon. A few months later, crude oil is still about that high but gas prices are now $0.75 more expensive. President Joe Biden believes that’s the result of the oil refineries and companies profiteering — he’s threatening those executives.

On June 14, Biden sent a letter to seven prominent oil executives demanding the companies increase refinery supplies in order to lower gas prices. He claimed that gas prices have shot up $1.70 since the beginning of the year, while company profits have tripled. He told the executives that if they didn’t do what he asked, he would use emergency powers to force them to comply.

Gas is over $5, rising quickly, and Biden's response is to *mail a letter* to oil companies.

What embarrassing impotence from President Biden.

The GOP Energy Committee ran through Biden’s excuses and then said he’s the real problem.

In response to the president’s letter, ExxonMobil issued a statement on June 15. In it, the company discusses the billions of dollars it has invested in developing American gas supplies. Exxon claims it lost billions of dollars as the pandemic raged on but continued to sink money into ongoing projects.

Instead of using emergency orders, the statement suggested the president invest in pipeline infrastructure, develop consistent and transparent policies regarding energy development, and streamline regulatory approval. Exxon ultimately wants Biden to take a conservative approach to energy, not a progressive one.

What do you think about Biden’s letter and Exxon’s response?