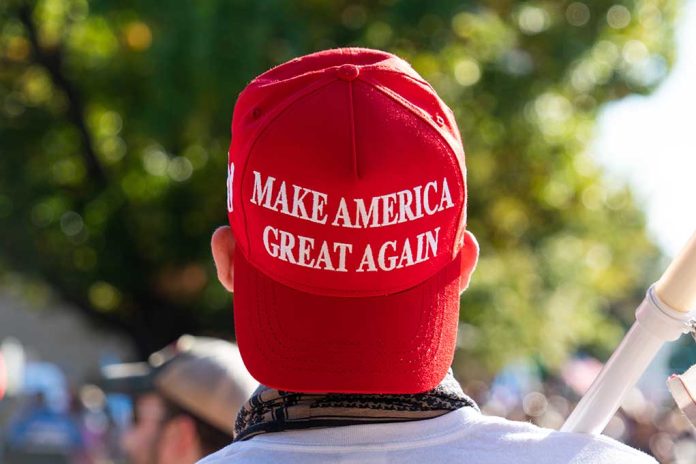 President Labels “MAGA” Republicans As Enemy No.1 With Latest Speech

(ReliableNews.org) – President Joe Biden is continuing the Democratic Party’s trend of attacking an entire voter bloc. He recently spoke about the leaked first draft of the potential opinion in the Supreme Court’s Dobbs v. Jackson Women’s Health Organization. During his remarks, he viciously attacked the MAGA movement.

On Wednesday, May 4, a reporter asked the president what his administration would do should the 1973 Roe v. Wade landmark case be overturned. Biden took the opportunity to veer off course and slammed supporters of former President Donald Trump, saying the “MAGA crowd is really the most extreme political organization” in American history.

President Biden: "This is about a lot more than abortion…What are the next things that are going to be attacked because this MAGA crowd is really the most extreme political organization that's existed in American history, in recent American history." pic.twitter.com/fJzB707RiA

When Biden ran for president, he often repeated a variation of former President Barack Obama’s famous line about there not being red states and blue states because we are all Americans. The 46th president said that partisan divide wouldn’t exist when he was president.

It’s very clear Biden didn’t mean it when he said those words. His remarks attacking the MAGA movement demonstrate that. While he attacks the Americans he’s supposed to represent, Trump-endorsed candidates are winning in primaries around the country; it seems US voters don’t think they’re the extreme ones.

How do you feel about the MAGA movement?