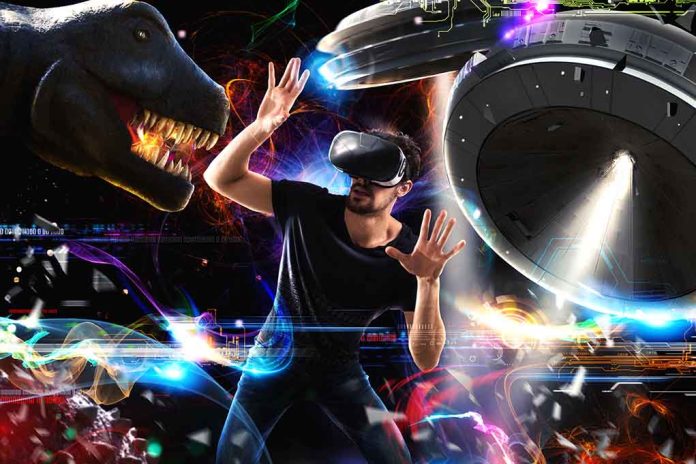 (ReliableNews.org) – In 2012, Palmer Luckey paired up with other players in the game industry to develop the Oculus Rift virtual reality (VR) headset. The revolutionary creation allows wearers to enter a three-dimensional world, play games, interact with others, and travel to places one would never imagine. After players are done spending time in VR, they can remove the headset and return to the regular world.

On November 6, Luckey wrote a blog post, revealing he is now working on a headset that will kill wearers if their avatars die in the game they’re playing in the virtual world. The device is modeled after NerveGear, a similar device players wore in an anime story about the developer — a mad scientist — trapping players in a VR game. The beta testers had to either beat the game or die.

Palmer Luckey, founder of Oculus, claims to have designed a VR headset that will actually kill the user if they die in the game.

When the game-over screen is displayed, three explosive charge modules would go off, obliterating the player’s head.

The Oculus Rift creator said without raising the stakes in a game by risking one’s own life, users can’t possibly get the full experience. Luckey said no matter how good the graphics are in a virtual game, players always know they can exit at any time, making the experience less real.

According to Luckey, his creation is halfway complete. The idea is if the wearer dies in VR, the game will display a “game over,” and photo sensors will “destroy the user’s brain.” He plans to make the device so the user can’t remove it. The creator said many things could go wrong, so he’s reluctant to try it on himself. For now, he said, the potentially deadly headset is sitting in his office.