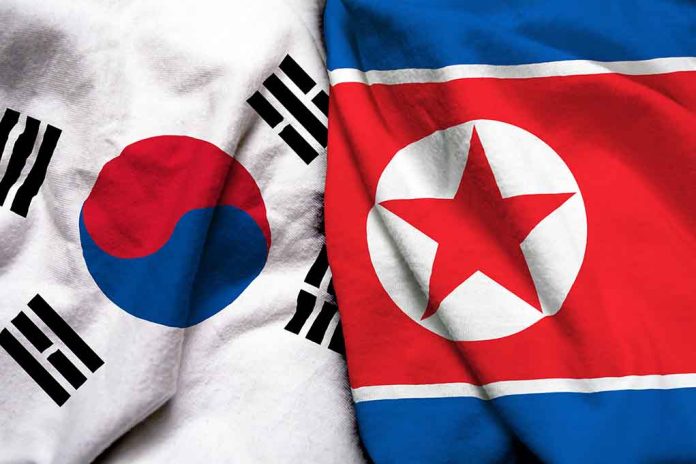 (ReliableNews.org) – The Democratic People’s Republic of Korea (DPRK/North), under its Supreme Leader and dictator Kim Jong-un, has taken a belligerent posture in recent months. On November 2, its military launched a flurry of 23 missiles during joint Air Force maneuvers between the United States and the Republic of Korea (ROK/South), prompting the two countries to issue stern warnings about any nuclear ambitions Kim might have.

North Korea has reportedly fired over 23 missiles, the first time ever such happens or done by North Korea 👀

Not clear what is happening; but recently N. Korean leader Kim jong-Un warned about external threats to his county

These latest launches come after a recent exchange of artillery between the two countries sharing the Korean Peninsula, an air raid alert in Japan after Kim’s military launched a ballistic missile over one of its Islands, and a flight of fighter planes and bombers from the North approached the 38th parallel border. The stern warning came as a result of the North’s continuing efforts to develop nuclear warheads and delivery systems to threaten their southern neighbor, Japan, and American bases in areas such as Guam.

South Korean Defense Minister Jong-Sup Lee and Defense Secretary Lloyd Austin addressed the provocative stance by the DPRK in a joint news conference and issued a very direct warning. The defense minister said that the use of any nuclear weapons, including lower-yield tactical nukes, would “result in the end of [sic] Kim Jong-un regime.”