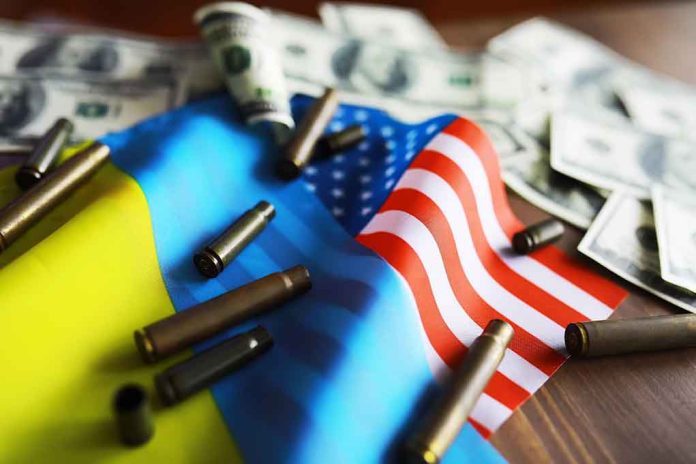 Europe Accuses US of War Profiteering Amid Ukraine Invasion

(ReliableNews.org) – The military-industrial complex in the US is as robust as it is controversial. While it has helped America build the strongest military in the world, people often accuse the government of using conflicts to enrich itself. Officials with the European Union are accusing the US of exactly that in the wake of the Russian war on Ukraine.

The allegations against the US government were made in a bombshell report by POLITICO. A senior European official allegedly accused America of being “the country that is most profiting from” the war on Ukraine because the government is selling weapons and gas. US allies are reportedly angry because some of the decisions being made in DC are having a profound impact on the economies of European nations.

The unnamed official claimed the US is selling gas at a higher price and points at President Joe Biden and his administration. A National Security Council spokesperson blamed the rising prices on Russian President Vladimir Putin’s war. In response, the US has “increased” its shipments of natural gas “dramatically.”

Europe is waking up, and accuses the US of profiting from the #Ukraine war:
Top EU officials are furious with Joe Biden’s admin, accusing the US of making a fortune from the war, selling more weapons and gas at higher prices while EU countries suffer. https://t.co/IcW7jPZmzE

The issue of gas prices was reportedly a point of contention in Brussels during the G20 meeting. CNBC reported Robert Habeck, Germany’s economic minister, criticized the US over its high costs for natural gas. He demanded the US show more solidarity during the energy crisis.

Meanwhile, in the US, the government has sent billions of dollars worth of aid to Ukraine.