(ReliableNews.org) – About 10 years ago, the United States accused the former director of Venezuela’s Military Intelligence, Hugo Carvajal, of drug trafficking with the assistance of the Revolutionary Armed Forces of Colombia (FARC). At the time, the ex-spy had a diplomatic passport which made it impossible to hold him accountable. But after his September arrest in Madrid, Spain’s Supreme Court ruled on October 18 it would finally send him to the US, where he’ll finally face the charges against him.

Carvajal isn’t the only person connected to the Maduro regime in Venezuela who has been extradited recently to the US. On October 16, Cape Verde sent Colombian businessman Alex Saab to the United States to face money laundering charges in Florida.

Although the United States is anxious to seek justice for Carvajal’s alleged actions, there’s another reason the federal government wants to talk with him. The ex-associate of Venezuelan President Nicolás Maduro may have incriminating information against the leader. Although he faces serious federal charges in America, the US government might be more interested in what he has to share about the Maduro regime and its suspected criminal activities.

Carvajal served directly under the president for nearly 10 years before retiring and likely knows more than anyone else about the inner workings of the Venezuelan government. If he cooperates, it could be yet another blow to the Venezuelan organization that currently controls the country and its people.

The full extent of the regime’s illegal dealings is unknown to date, and there’s likely little proof to hold it accountable. But with the capture and extradition of both Carvajal and Saab, authorities might get the information they need to bring down the dictatorship.

The Downfall of Maduro

Although some Venezuelan people are unhappy with sending Carvajal and Saab to the United States, those most concerned about the extraditions are likely within the country’s regime. Carvajal alone is facing 10 years to life in prison, so it might be in his best interests to tell authorities everything he knows about the Maduro operation. If Saab is found guilty, he faces up to 20 years in prison, so he also has the motivation to tell all he knows to US investigators.

If both of the accused men team up against the current governing body in Venezuela, their testimony and cooperation could put a big dent in the alleged corruption and crimes against humanity happening in the South American country. 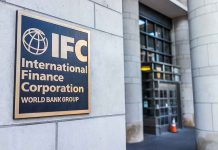