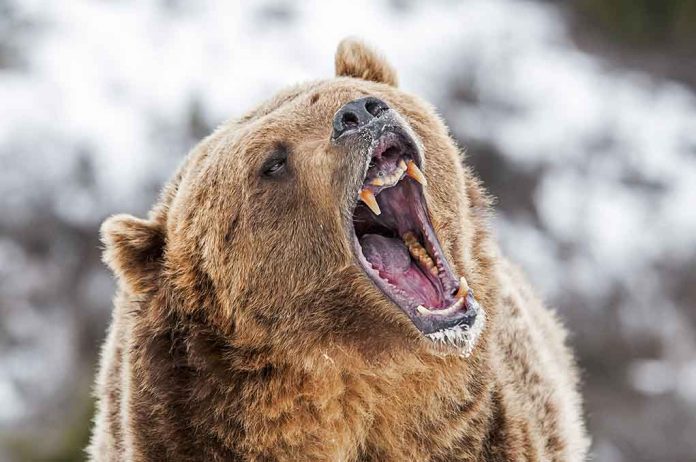 (ReliableNews.org) – Grizzly bear attacks are on the rise across the US. Recently, a college student suffered a brutal attack from one of the animals. Fortunately, his wrestling teammate was there to save his life.

On October 15, four college students — Brady Lowry, Kendell Cummings, August Harrison, and Orin Jackson — headed to the woods in Wyoming to go antler hunting. The students are all teammates on Northwest College’s wrestling team. At some point, they decided to head home but first, Lowry and Cummings separated from the other two to have one final look.

The two were a few miles away from Bobcat-Houlihan trailhead when Lowry saw bear poop on the ground. He told KSLTV he warned Cummings there was a grizzly in the vicinity. No sooner had the words left his mouth than a bear charged at him. Lowry told reporters the large animal grabbed his arm and broke it, so he curled up in a ball while the bear continued to shake him.

At that moment, Cummings rushed to help his teammate. He kicked the animal and grabbed its hair, but the bear then turned and started chasing him. Cummings said the animal tackled him and “chewed him up a bit,” then just ran off.

Lowry then ran to get the others and call 911. While he was away, the bear returned to attack Cummings again, biting him in the cheek and head. All the students were rescued with the injured wrestlers taken directly to the hospital. They’re now recovering and happy that they all lived to tell the tale.

A fundraiser has been set up by the college’s alumni association to help the students.