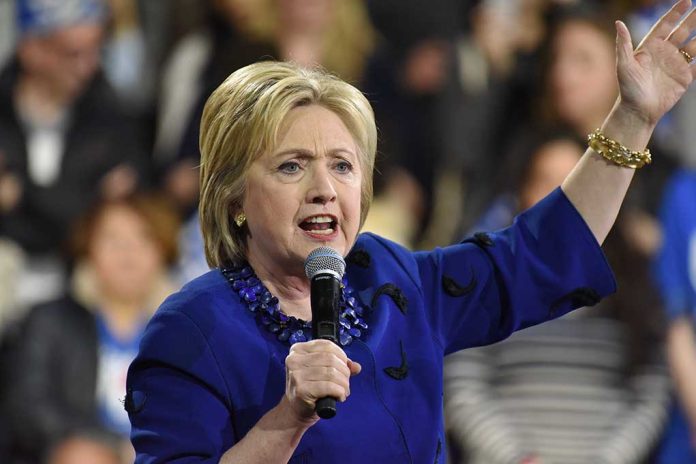 (ReliableNews.org) – Anybody who’s been involved in a lawsuit knows that even a small one can become complex and expensive. Both of those things increase exponentially when two Titans go to slug it out. Now, former Secretary of State Hillary Clinton wants former President Donald Trump to pay her legal fees from when he sued her.

Last March, Trump filed a lawsuit against Hillary and a host of other Democrats, alleging they engaged in a vast conspiracy to undermine his 2016 campaign. His case was thrown out. Now, Clinton and the other Democrats are suing him for $1.06 million in legal expenses. (The Hill)

This conflict all goes back to their battle for the White House in 2016, which became marred in a now-debunked attempt by Democrats and their operatives to show that Trump “colluded” with Russian President Vladimir Putin to steal the election. The former president went to court against Clinton and many others in an attempt to recoup money he lost defending himself against the accusations.

In September, a judge from the Southern District of Florida overseeing the case against Hillary threw it out and included a scathing rebuke of Trump and his attorneys. They have now appealed that ruling to the 11th Circuit Court of Appeals. Clinton’s new motion for sanctions (i.e., legal fees) claims that the president’s attorneys “engaged in unreasonable and vexatious conduct;” legalese for “they went way too far.”

Should Clinton be able to recover some of the expenses she paid to defend against the lawsuit even when Trump’s case for the same thing was thrown out? Or is this just the price one pays to play in big-league politics? It’s probably too soon to make those calls since there are two or three levels of higher courts that could reinstate Trump’s case, and Hillary’s motion will be moot.