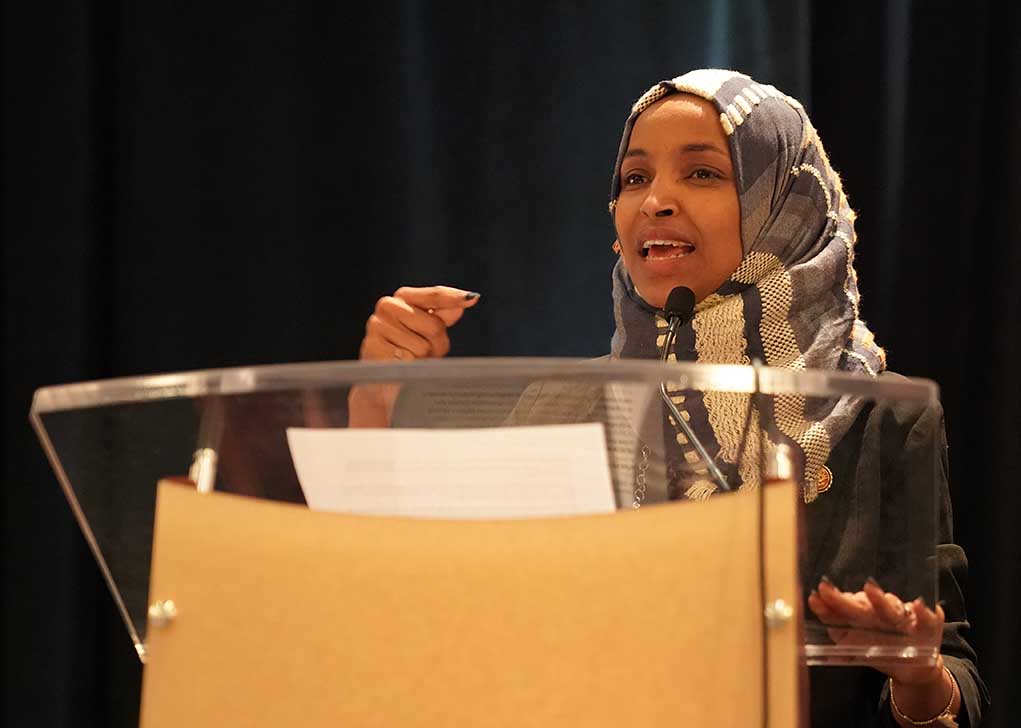 (ReliableNews.org) – On Tuesday, March 8, President Joe Biden announced he was banning Russian oil imports. The decision received wide bipartisan support from lawmakers. However, one of the House’s loudest voices is speaking out against any ban on Russian oil.

During an interview with The Hill TV’s “Rising,” that aired before Biden made his announcement, Omar said she doesn’t support the ban because of the devastating impact it’ll have on the people of Russia and Europe. The lawmaker claimed the US response to Russian aggression can’t just be the “immediate, gratifying response” everyone wants. She said she would vote against any legislation that includes the ban.

.@IlhanMN tells us she’s a no on the legislation being written to ban Russian oil imports, which’ll include additional sanctions.

Full interview covers the role of the UAE in protecting Russian oligarchs and the hypocrisy of cozying up to Saudi Arabia pic.twitter.com/bi7vrkcYUt

Text of legislation to ban oil imports hasn’t yet been made public, but it’s said it will include more sanctions against Russia. Omar has a problem with the sanctions against the nation that is actively bombing Ukrainian neighborhoods. She called them “undesirable sanctions” and claimed the moves the US is making now to try to force Putin to stop attacking its neighbor won’t end well for the Russian or European people.

Omar went on to say although she supports sanctions on Putin and his friends, she doesn’t want to hurt the Russian people. The other side of the argument is that if the people weren’t supporting Putin, he wouldn’t be in power and in a position to attack Ukraine.

Do you support the Russian oil ban or do you agree with Omar?