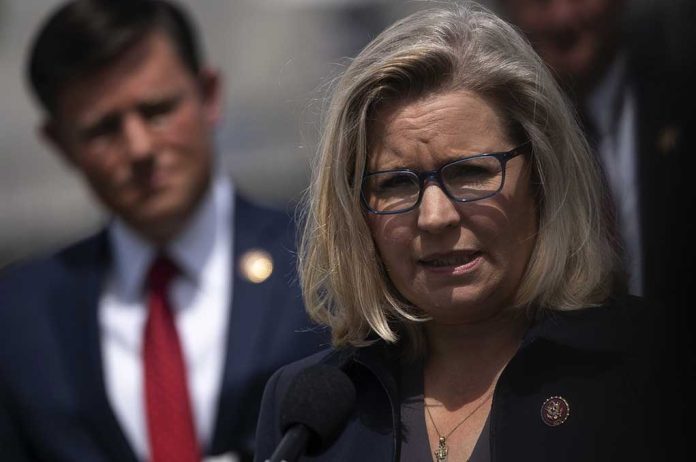 (ReliableNews.org) – In August, Representative Liz Cheney (R-WY) lost her primary election for the House to her opponent, Harriet Hageman. After her loss, she vowed to keep not only former President Donald Trump out of office but also anyone who supports him, including election deniers — no matter their party affiliation. Since then, she’s supported many Democrats during their midterm election campaigns.

On November 2, Fox News reported Cheney showed her allegiance once again by praising House Speaker Nancy Pelosi (D-CA) for her work in the Lower Chamber. During an interview with Judy Woodruff on PBS, the Wyoming legislator said she’s had the chance to work closely with Pelosi, calling her a “tremendous leader” of “ historic consequence.”

The lawmaker said the demonization of politicians on both sides of the political aisle has to stop. Cheney discussed how political violence has become part of working in the government, and she blasted those making light of the recent attack on Paul Pelosi. She said she even watched as the Left demonized her own father, saying it’s “disgraceful.”

Cheney indicated with the current leadership in the Republican party, a majority in Congress would give “authority and power” to radicals, calling it bad for the US. She explained her party has “lost its way.”