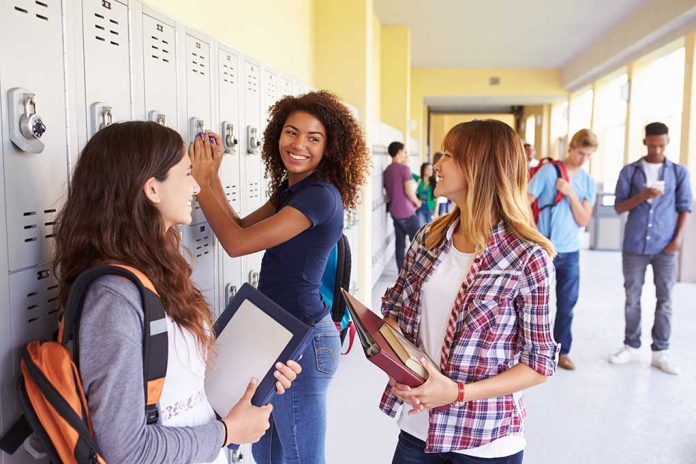 (ReliableNews.org) – High school can be difficult. That’s especially true for kids who are transferring in from other schools. When theaters released the movie “Mean Girls” in 2004, it became an instant hit. Nearly 20 years later, it’s still resonating with kids.

The film is about 16-year-old Cady Heron, played by Lindsay Lohan, who moved back to the US after 12 years in Africa and began high school. She befriended two students who weren’t very popular and decided she would infiltrate a group of wealthy, popular girls they call the “Plastics.” The group, run by Rachel McAdams’ character, consists of three girls. The movie follows the journey of Cady as she rises to popularity, faces bullying, alienates her friends, and has an awakening.

In 2020, The Miami Hurricane, a student newspaper for the University of Miami, tried to explain why the movie was still so popular. Writer Layomi Adeojo called the film a “cinematic masterpiece.” The author explained it went beyond the usual teen films with a hero and villains with a lot of silly drama thrown in the mix.

Instead, all of the characters had sides to them that were good and bad, just like ordinary people. Cady was a nice girl who then transformed into one of the mean girls when she wasn’t paying attention. Regina George, the “villain” in the film, had moments that left viewers feeling bad for her and so on.

Of course, there were also the “fetch” one-liners that two subsequent generations of kids find themselves repeating without even knowing their source. The Indie Wire compared the movie to other coming-of-age cult classics, like “Clueless” and “The Breakfast Club.”

Ultimately, the film provided an exaggerated but semi-accurate look into what high school can be like, and that’s why it continues to resonate with teenagers decades after it hit theaters.