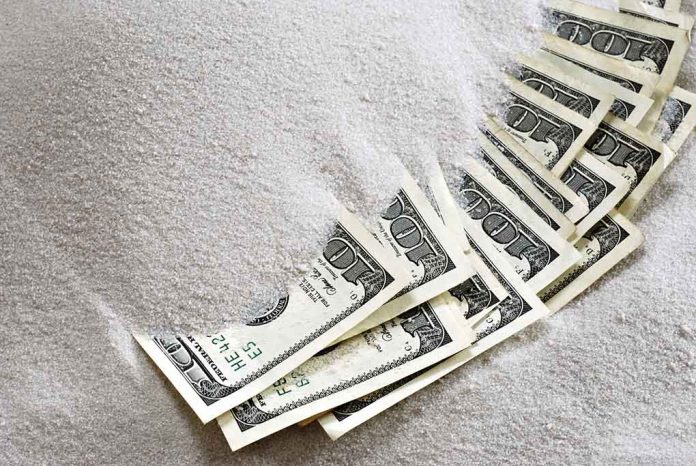 Thousands In CASH Unearthed In An Unlikely Location

(ReliableNews.org) – Every once in a while, people make wild discoveries in their homes. Extra rooms, love letters, newspapers behind walls, and other exciting items have been found. A New Jersey man recently found something a bit greener.

Four years ago, Rich Gilson and his wife bought a 90-year-old home in Wildwood. They began renovating the home, which included building an addition and elevating the home to lay a new foundation. On Sunday, July 10, he was sifting through debris when he found a bundle wrapped in paper and held together with rubber bands. When he pulled the bundles apart, he found wads of cash.

Gilson told Fox 29 Philadelphia there was more than $2,000 rolled up in a jar. The bills were in very good condition and were dated 1934. He had two theories about why it might have been under the house, either someone robbed a bank or didn’t trust financial institutions during the depression.

According to the homeowner, he thinks the bundles were inside of a broken glass jar and in an area that would have been accessible through a crawl space. He said he found the lid for a second jar and doesn’t know if there is more money in his yard, but doesn’t intend to turn his property into a dig site to find out. He told NJ.com he just wants to finish the work on his house but is happy he has a cool story to tell.