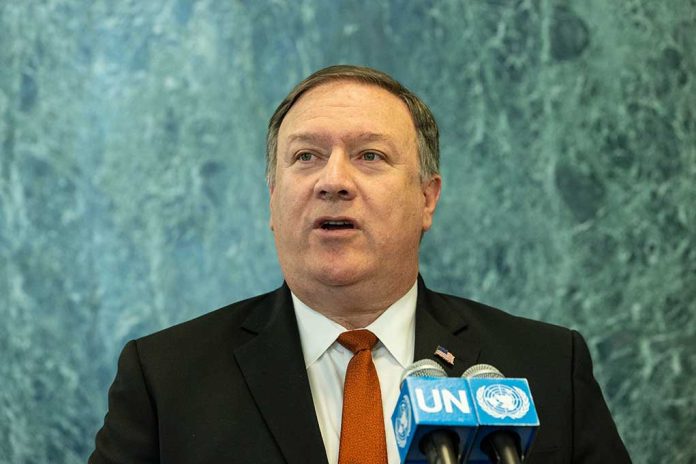 (ReliableNews.org) – The 2024 election is still very far away, but it’s already shaping up to be a fight. Well, at least it will be if former President Donald Trump and Florida Governor Ron DeSantis (R) both decide they are going to run for the GOP ticket. Former Secretary of State Mike Pompeo recently praised DeSantis after his ex-boss dissed him.

Trump referred to the governor as “Ron DeSanctimonious” at a rally on Saturday, November 5. Fox News reported the former president made the remark while discussing his successes while he was in office and his current poll numbers. He said that he was “winning big, big, big in the Republican Party for the nomination.”

Pompeo, who served as Trump’s secretary of state, went on Twitter ahead of the midterms and urged Floridians to vote for DeSantis. The tweet never mentioned the 45th president’s remarks, but the timing had some people thinking it might be a sly response.

The drama between Trump and DeSantis is already heating up, but the Florida governor isn’t saying much. Fox reported a lawyer by the name of Alina Habba, who works with the former president, said the conservative state leader needs to “stay in” the Sunshine State. She went on to say, “DeSantis is DeSantis because of Trump.”

The former president also slammed the Florida leader recently. In remarks to reporters on a plane, he said he knows unflattering information about the governor and said the base would not like it if he threw his hat in the ring for the nomination.

What do you think about the possibility of DeSantis running for president?