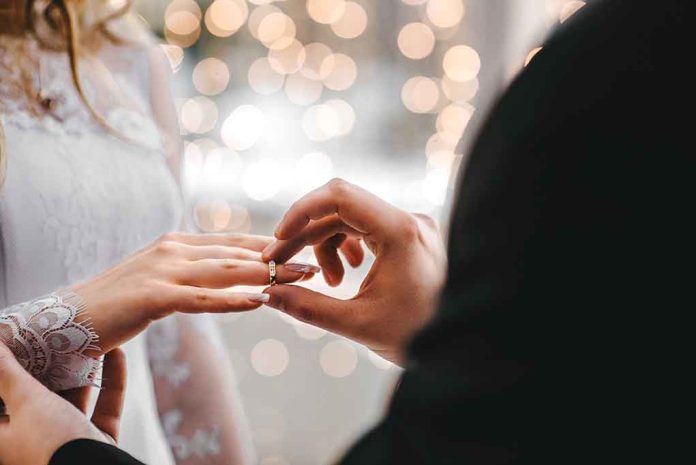 Trump Walks His Youngest Daughter Down the Aisle

(ReliableNews.org) – In January 2021, Lebanese-American billionaire Michael Boulos got down on one knee at the White House and asked Tiffany Trump to marry him. The two planned their dream day over the next two years. Now, the couple has finally tied the knot.

On November 12, Boulos and Trump wed in an elaborate ceremony in Palm Beach, Florida, at the former president’s Mar-a-Lago estate where Tiffany had grown up. According to the Palm Beach Daily, thousands of hydrangeas decorated the private club that sits on the Atlantic Ocean. On that very special day, Donald Trump walked his youngest daughter down the aisle and gave her away.

The former first daughter wore a traditional dress designed by Lebanese designer Elie Saab. The beautiful gown was made of iridescent fabric that was embroidered with little beads. A long train trailed behind her as she walked to meet her groom.

The couple’s cake was a tribute to Tiffany Trump’s parents. She had their 1993, 7-foot-tall Sylvia Weinstock cake recreated.

A few politicians attended the ceremony, including Rep. Matt Gaetz (R-FL), a staunch ally of Trump. However, that doesn’t mean the day was overshadowed by politics. In fact, the bride’s mother, Marla Maples, told People that the family was focusing on the “sacred union […] not on politics.”