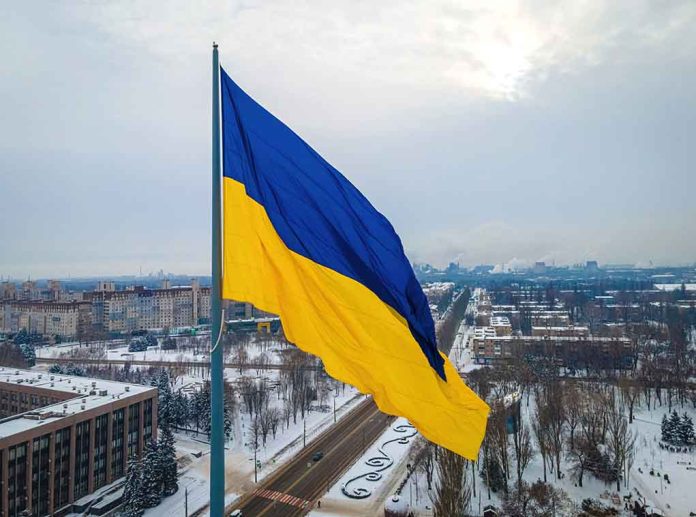 (ReliableNews.org) – At the end of September, Russian President Vladimir Putin announced he was annexing several Ukrainian territories, including Kherson. Just over a month later, his military is fleeing.

On November 10, Russia began withdrawing its troops from Kherson. The move came after Ukrainian forces advanced toward the strategic city, allegedly forcing the retreat. According to reports, civilians who have been living under the occupation took to the center square and started hugging Ukrainian soldiers.

This is how I can see my aunt from Kherson region for the first time in 9 months – in a video hugging a Ukrainian soldier. She even doesn’t know to have become an internet star 💙💛 pic.twitter.com/xaKBRXeoi7

Ukrainska Pravda reported Ukraine’s President Volodymyr Zelenskyy urged Russian soldiers who might be left in the city to “surrender,” telling them it’s their “only chance for salvation.” He promised to treat them “in accordance with the law and international standards.”

According to reports, Russian troops destroyed the bridges connecting the city to the rest of Ukraine during their retreat. According to PBS News, Mykhailo Podolyak, Ukrainian presidential adviser, warned Putin’s forces might have planted landmines in Kherson, turning it into the “city of death.” There are also concerns Russia would shell the city from its position across the Dnieper River.

The withdrawal from Kherson is a major loss for Putin, who has struggled to maintain control over the areas his troops occupied earlier in the war. Still, he refuses to end the battle.