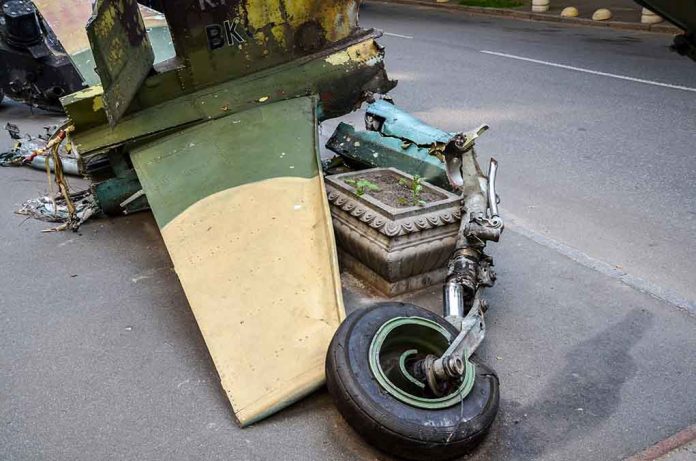 (ReliableNews.org) – In 2014, Russia annexed Crimea from Ukraine. Eight years later, the two countries are locked in a deadly battle after yet another invasion. Still, an attack on a base left some experts surprised.

On Tuesday, August 9, photos showed smoke billowing in the background near a beach filled with civilians. It was the result of an attack on a Russian base in Crimea. A series of explosions reportedly destroyed multiple fighter jets on a peninsula that had been regarded as safe.

According to reports, Russia downplayed the explosions as being the result of accidents and claimed the blasts didn’t damage anything important. However, new satellite imagery shows at least three buildings, as well as 8 to 13 warplanes, were destroyed.

Reviewed satellite imagery of Saki Air Base in Crimea, collected by Planet Labs hours before and a day after explosions – by @nytimes

Ukraine has not officially taken credit for the attack on the base, which has allowed Russia to spin the narrative. Possibly because reports indicate an attack on Crimea, where many Russians go to vacation, would be seen as an escalation of the war.

The conflict has been going on for nearly six months. The incident in Crimea came the same week the US Pentagon released information estimating Russia has lost as many as 80,000 soldiers to death or injury during the battle. The war that many believed would be over quickly is dragging on.

Who do you think is winning the conflict?