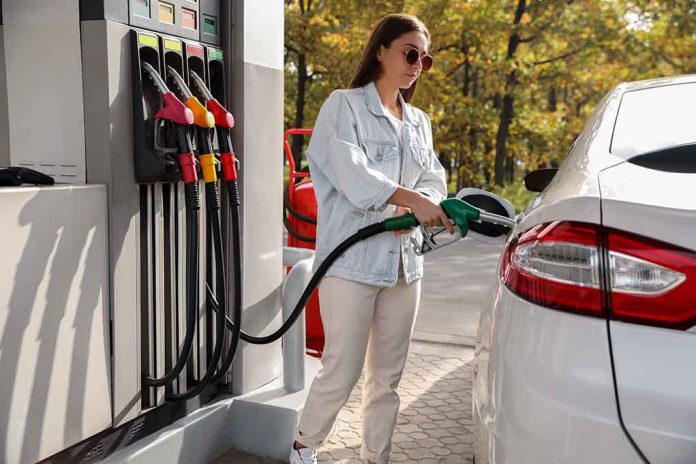 (ReliableNews.org) – President Joe Biden’s administration has been dodging blame for the economic issues facing the US for a year and a half. They claim the world is in the midst of a global inflation and oil crisis as a result of the pandemic. While the White House has correctly pointed out the president doesn’t control everything, one administration official didn’t feel the same way when former President Donald Trump was in office.

Old tweets written by Biden’s Chief of Staff Ron Klain have resurfaced recently as gas prices reach record highs. In 2018, when gas prices were rising toward $3 a gallon, Klain claimed he wanted the media to focus on the issue.

And gas prices too. https://t.co/enb1QMkJdy

In another tweet, Klain attacked Trump, sarcastically saying, “So much winning!” because prices were creeping up.

Klain doesn’t have the same energy these days about gas prices. Instead, the White House is busy pointing out gas prices are rising because OPEC, the organization of oil-producing nations, has refused to increase the supply to meet the demand in the wake of the pandemic. Also, the war on Ukraine has led to the US and other countries punishing Russia which has caused uncertainty in the market.

In 2018, when Klain was criticizing Trump for prices Americans could only dream of now, the chief of staff failed to mention to his Twitter followers the primary reason costs increased was because OPEC teamed up with Russia to cut production to reduce supplies and force up prices. It’s essentially the same problem the world is experiencing now on a much smaller scale. The big difference is, when prices rose under Trump, he enacted policies to make the US more energy independent and lower prices while Biden has done just the opposite.

What do you think about Klain’s old tweets?