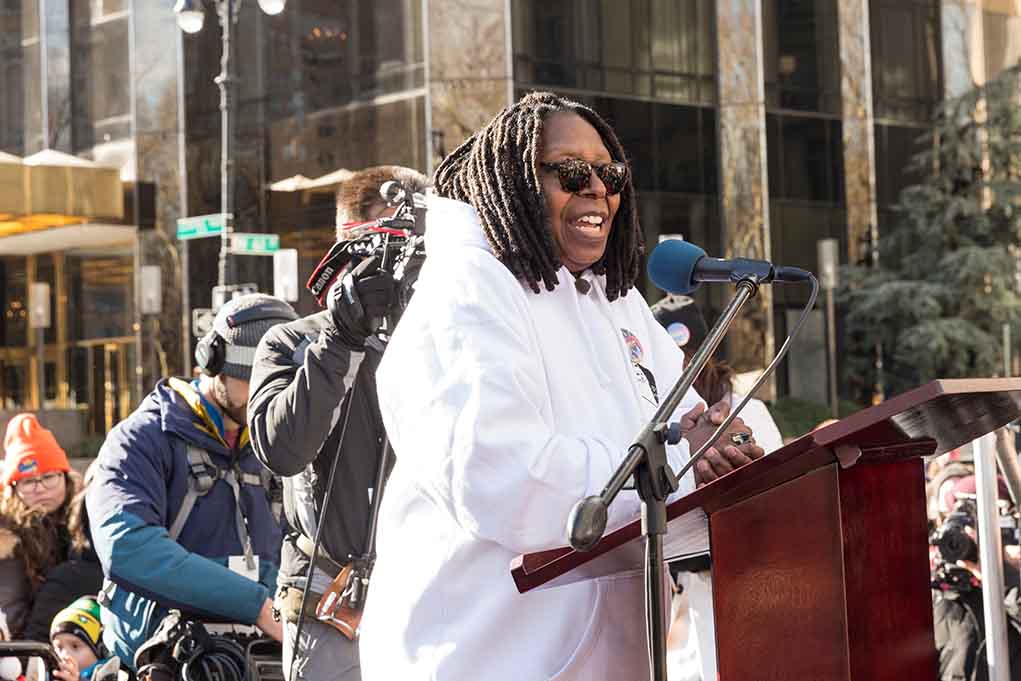 (ReliableNews.org) – For the second time this year, Whoopi Goldberg is taking a leave of absence from ABC’s “The View.” This time, the actress isn’t being forced to do it, though. Instead, she’s taking time off to work on another project.

On Monday, April 11, Joy Behar told the show’s audience Goldberg is going to be “gone for a while” because she’s making a movie. The 66-year-old actress is in Scotland filming Amazon Prime’s “Anansi Boys,” an adaptation of Neil Gaiman’s book series by the same name.

"So she's gone for a while," co-host @JoyVBehar said on Monday's show. https://t.co/Ku5vnl0CIz

According to Variety, Goldberg will play the role of Bird Woman, an antagonist in the film. She said she has been a fan of the novel “for a very long time” and did everything she could to make sure she was part of the film. But, Goldberg didn’t have to do much, Gaiman said he thought of the actress when he created the book decades ago.

Goldberg’s hiatus comes two months after she was suspended from “The View” for remarks about the Holocaust. During one of the episodes, she repeatedly insisted the atrocities committed by Hitler and the Nazis weren’t the result of race because white people were involved. The Jewish community condemned her for her remarks.