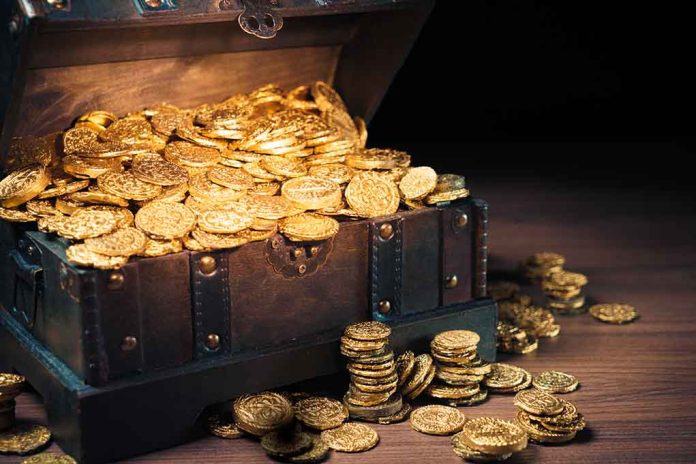 (ReliableNews.org) – “The Diary of Anne Frank” is one of the most popular books of writing from WWII. However, it wasn’t the only famous diary of the time. Another one was allegedly written by an SS officer (German Protection Squad) and included the locations of valuables stolen during the war. Experts now believe the whole thing was nonsense.

Historian Łukasz Orlicki, who works with the Discoverer group, has revealed a World War II diary that was found after the war in an 18th-century Polish palace was a total fraud. The researchers determined it was probably written sometime after 1982, making it around 40 years old. According to the Daily Mail, Orlicki told the Polish Press Agency that the book is actually just a 20th-century accounting book, and most of the pages within it are blank.

A man who claimed his dad, a Waffen Schutzstaffel officer, had written the account using the pseudonym “Michaelis.” The so-called treasure map only covered about nine pages and was written in pencil. There were events in the diary that were copied from German refugees who fled the war during Hitler’s regime. Those tales were in the German archives already, and someone had plagiarized them.

Interesting read @the_1st_news about #WWII #History that turns out to be too good to be true: researchers believe a war dairy that mapped out location in Poland of looted treasure by German occupation forces is a forgery made in the 1980s. https://t.co/ktY0GGA4Mb

Orlicki went on to say the result of his organization’s “analysis unequivocally identifies the diary as a fictional text” that was made many years after the war ended.

The treasure that the book allegedly contained directions to was valuables that belonged to wealthy Germans. The diary listed 11 sites where Nazis allegedly hid paintings, jewels, and other items. One location was a well in southwestern Poland that is almost 200 feet deep. The treasure was estimated to be worth billions of dollars.

While the possibility that Nazis hid treasures certainly still exists, it’s clear nobody is going to find it by reading this particular diary.